Swedish Professors & Doctors For Human Rights (SWEDHR) was founded in Uppsala, Sweden, in 2014. The bases of an initiative presented by Professor Marcello Ferrada de Noli agreed in a meeting on the 19th of September 2014 hosted by Doctor Leif Elinder, and the participation of Professor Anders Romelsjö. Our founding Board of Directors is described here. The human-rights activities of our organization have mostly dealt with the case against Julian Assange initiated in Sweden.

In 2019, the international focus of the Julian Assange case moved from Sweden to the UK, after the Swedish prosecution decided to drop the so-called “legal case”, coinciding with the US  request to the UK on the extradition of Assange. In London, a group of British doctors then established Doctors For Assange, an initiative which Swedhr doctors endorsed soon thereafter, in December 2019.

Considering the above, and after consultation with the members, the Board of Directors of SWEDHR unanimously decided to suspend the organization’s activities as per January 2020, and instead recommending its members to integrate and facilitate a support to the said international initiative Doctors For Assange based in London. The SWEDHR chairman and vice-chairman representation activities remaining.

In view of the Covid-19 pandemic in Sweden, the Board of Directors decided in September 2020 to re-assume the SWEDHR activities, particularly on behalf of the humans rights of Swedish elderly.

The activity of SWEDHR in this new period is solely devoted to issues around the pandemic, and includes analysis on the vaccine issue, and also on the discussing and proposals of adequate estrategies in the international combat against the pandemic, from the perspective of our medical and epidemiological expertise, academic and profesional. 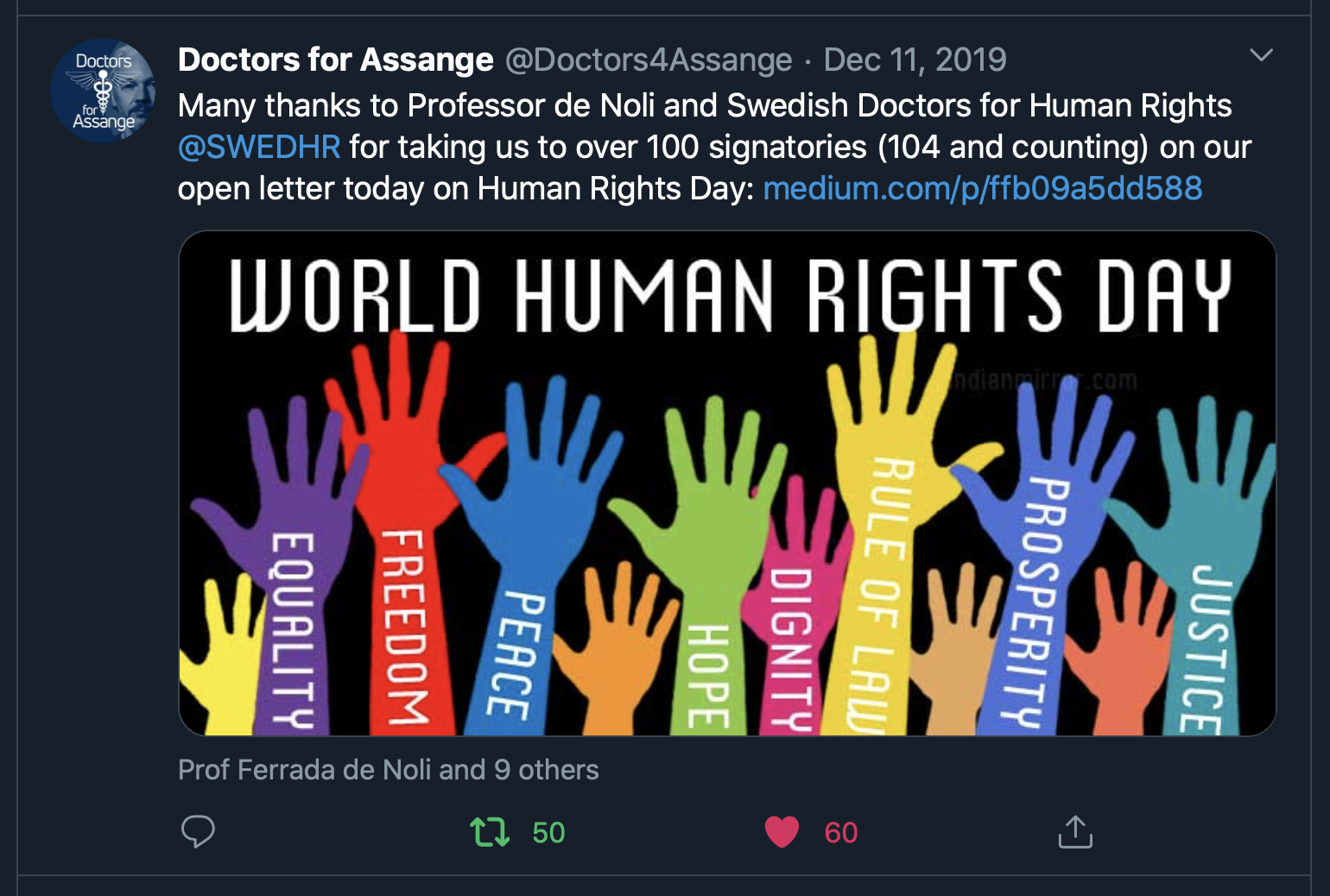 Founding Board of Directors

We Stand for Peace and Justice

SWEDHR is absolutely independent. Statement in the Journal of the Swedish Medical Association